You should've known that #Crazy8 (@callme_crazy8) wasn't going to let y'all forget his fallen brother Money Makin Meechie (@Meechie2212) while kickin wit the guys Crazy 8 inked a quick letter to his bro. To let him know he misses him an the movement will cont. So hit play an vibe with "Crazy 8" then hit him up on Twitter @callme_crazy8… Is he next up out of Las Vegas? Rising Artist @JuiceBillionZ based out of sin city release's a new track for us called "T.N.A.R" the catchy song is based on him expressing how he feels & you can't deny this one! This track is defiantly a head knocker! Take a listen for yourself, As rumored Juice BillionZ is… When 2 talented artist come together you get a hit like this. This catchy song with Adrian Marcels vocal ability and the lyrical skills Dahrio brings together you are guaranteed to bump your head to this. This is one of those songs you can jam for the rest of summer!!! V2 | Gatesmusik Presents "Young Gates- .38 Freestyle" Young Gates returns with new freestyle “.38 ,”. The song is produced by NickEBeats Off The Highly Anticipated Street Album ".38 Special" The new song will be available for download and streaming across all digital service providers.… 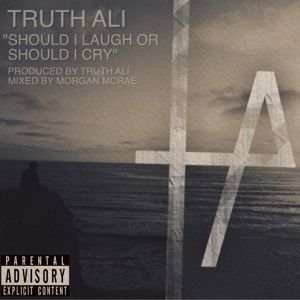 On the heels of his album "Joshua Trees", which featured the likes of Royce da 5"9', Kxng Crooked and Cyhi the Prynce, Truth Ali returns with "Should I Laugh or Should I Cry". On the track Ali waxes poetic…

#NewVideo Robb Skee (@robbskee) - Who Aint Got No Bitches Walt Posey, a.k.a. Walt P tha Bad Guy spends his time in the studio channeling the lyrics in his music into a cycle of experiences…

Evander Griiim is a new, 19-year old artist coming from El Paso, Texas. He’s half black & half Mexican and his latest single “Right Now” has been taking off. The song is produced by Skritzzy & crowds have…