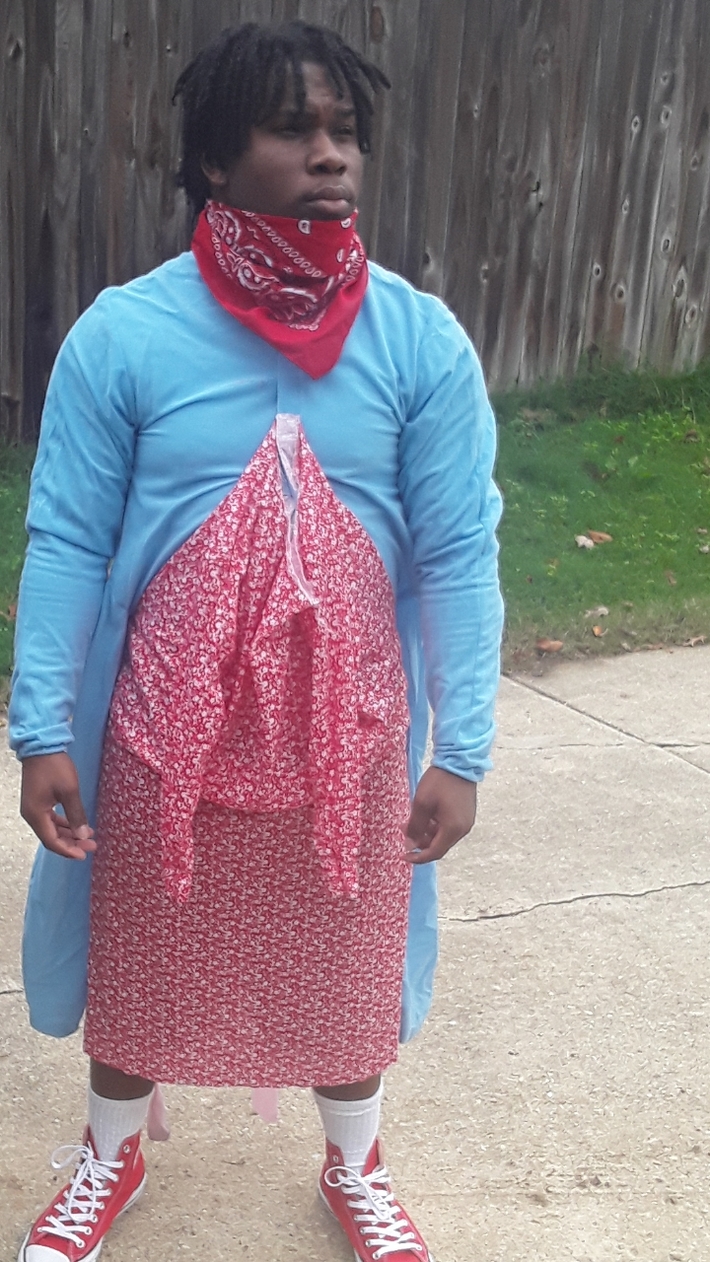 Is Y Sit GetteUp an elite troll, or is he claiming his truth? Either way, the Country Boy: Houston star and the occasional rapper was recently spotted out rocking a dress after hitting the studio. In the video at the beginning he says "Treat or treat, dress on fleek, if you ain't gang your a** get beat." He's currently doing multiple shows now and has a mixtape out "Gette'N Knights" so at least he's securing the bag.
Anyways, GetteUp has yet to address the reason he wore the dress but as he also recorded himself in the dress he addressing his fans saying "Happy Halloween B*tch, excuse me Happy Balloween, Shout out to all my blooders and bisters."
From Martin, Kevin Hart to Tyler Perry, comedians have been dressing like women for decades. How can we judge GetteUp while giving other entertainers an easy pass?
Do you think Y Sit GetteUp is gay? Share your thoughts in the comment section below.
https://www.instagram.com/p/CHC1BTcjQZ5/