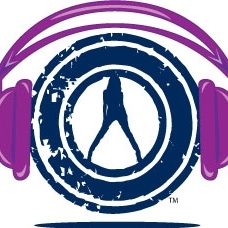 Its about to be a HOT SUMMER ALL 2020! Smiley releases the latest new single "Good Vibes" feat Joana King and Mcklezie of (Grind Mode) produced by super prod...
Jul 9
0 Comments

This is the first single " Game Aint The Same prod by super producer Jay Anglin from the upcoming project Rich Before Birth. The record features legend JT Mo...
Jul 7
0 Comments

Billionaire Burke - Here is the official video for "DEAD GAME" off the EP CLEAR THE AIR which is available on all platforms. Visual By - JL Shot That @JLShot...
Jun 25
0 Comments

Eric Johnson, also known as Wavy Banx is a Greensboro, North Carolina native currently residing in Atlanta, GA.After graduating from college in North Carolina, Banx wasn’t surrounded around much motivation. Many of his childhood friends either turned to drugs or the streets, so Banx had to make a decision on the type of person who he wanted to become.Isolating himself, he began to pursue and practice music as a way to channel his frustrations. Many people who graduated knew what they wanted to…See More
Jun 13
0 Comments

St. Paul, Minnesota; DB THA RASTA (DB), born in 1989, American Hip-Hop artist drops his latest mixtape “Just a Reminder”, hosted by DJ Enferno. “Just a Reminder” is a solid 11 track project which features a wide variety of sounds, through the assistance of various producers while DB Tha Rasta does what he does best…drops dope lines with remarkable delivery guaranteed to make you vibe throughout the entire project. DB is not a rookie in the hip-hop industry, his first record, “Trap Boomin”…See More
May 27
0 Comments

01 MAY 2020 (FORT LAUDERDALE, FL) – Miami’s Cheflodeezy releases first single of 2020 “Koockin & Juggin”, pushing out new music against the backdrop of the Corona virus pandemic.Stream/download “Koockin & Juggin” HEREMiami like most cities ha been grappling with the effects of the Coronavirus. The usually teeming city known for it’s vibrance and energy has ground to a halt in an effort to slow the spread of the virus via social distancing…See More
May 1
0 Comments

The Real Simba - How I Move

New Single Out Now February 2020 The Real Simba - How I Move Out The Gate Inc. Directed by Staxx Paysos Listen on all platforms: Spotify: https://open.spotif...
Feb 28
0 Comments

[NEW] @savannahlathem Song & Role in Lionsgate’s 'Hell On The Border'

Actress/Singer/Songwriter SAVANNAH LATHEM has a Feature Song and Role in Lionsgate’s film Hell On The Border,A True Story about the First Black U.S. Marshalin Theaters December 13th(Los Angeles, CA) – Savannah Lathem is on her way to stardom with a featured song and a role in Liongate’s film Hell On The Border starring David Gyasi (Maleficent: Mistress of Evil), Ron Perlman (Hand of God) and Frank Grillo (Captain America film series), a film about the first Black Deputy U.S. Marshal in the Wild…See More
Dec 5, 2019
0 Comments

Billionaire Burke “RISE TO GREATNESS”Billionaire Burke expresses relentless determination and passion in his debut project entitled “Rise To Greatness” that is released via partnership with Empire. Building a foundation solid to notably house artist with the development and backing of a record label, BBMG (Billionaire Burke Music Group) was established. With standout tracks like “My Slime” featuring Gunna, “WBC” featuring Yella Beezy, and “10 Ten Toes Down;” Burke presents a catalogue for every…See More
Aug 30, 2019
0 Comments

What are you currently working on?
Southern Fuego, SGMG, TBR

jordan's first single from the 'Swing Your Sword' EP 'Bigbodythehills'

jordan is an American vocalist and guitarist from North Carolina. Genres by themselves are limiting... so he uses multiple to tell stories. From a young age jordan was drawn to instruments, and developed his blended sound early on by exploring many over the years.

jordan is joined on his journey by 'Halo',…

(May 28, 2020) Billionaire Burke Music Group is excited to announce that Billionaire Burke is back with a new EP!! Coming quickly after the success of the massive hit single ‘My Slime’ feat. Gunna and his debut album ‘Rise to Greatness’. ‘Clear The Air’ is the EP you have all been waiting for. Which includes the hit single “Whg5pty”. This 7 track EP has it all!

With features from Cheeks Bossman, Taleban Dooda, & Rees Money this EP will not… Continue

After graduating from college in North Carolina, Banx wasn’t surrounded around much motivation. Many of his childhood friends either turned to drugs or the streets, so Banx had to make a decision on the type of person who he wanted to become.

Isolating himself, he began to pursue and practice music as a way to channel his… Continue