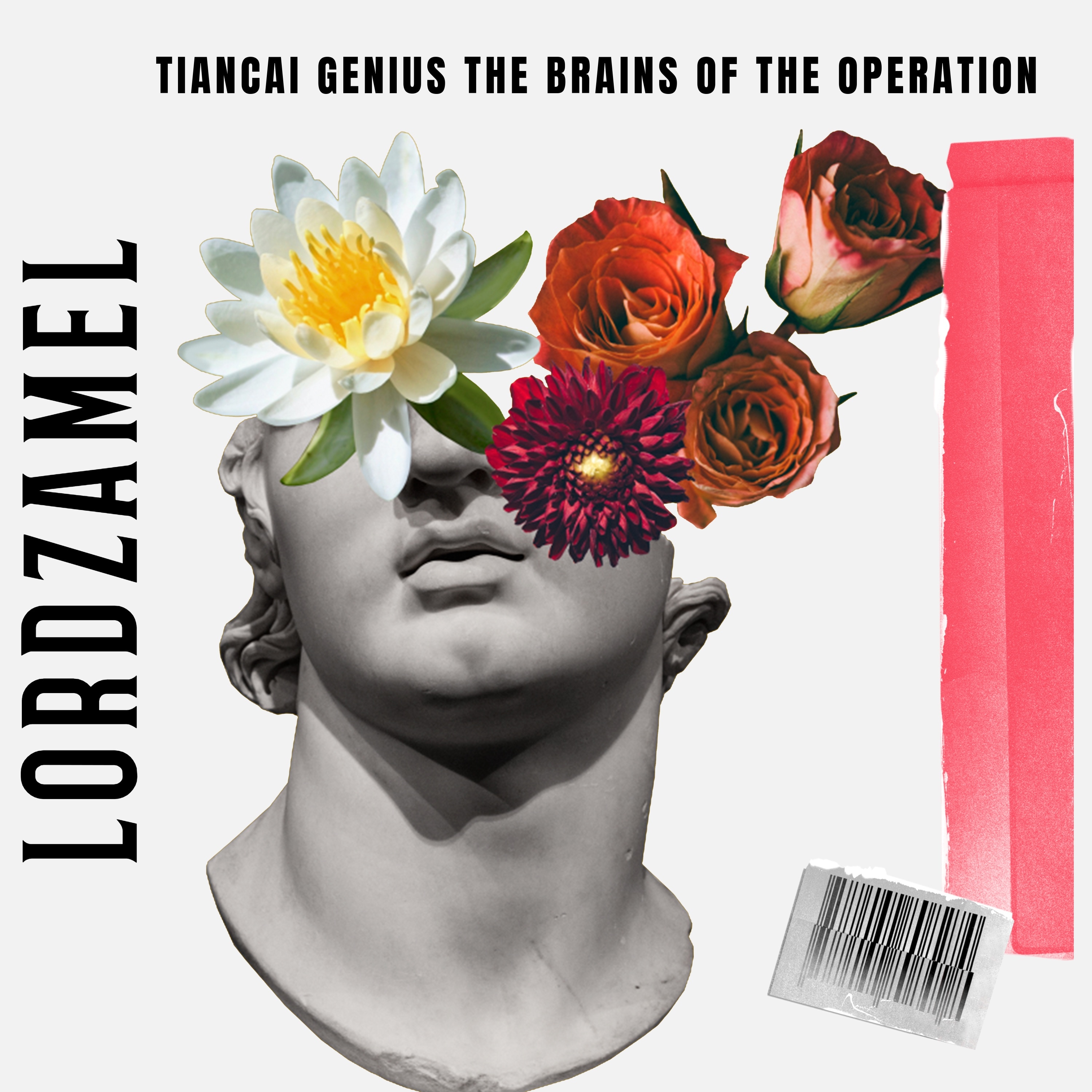 With the release of his masterpiece “TIANCAI GENIUS THE BRAINS OF THE OPERATION”, Lordzamel promises a magnetizing mix of songwriting and rhythms

Having been released on April 4th, 2022, “TIANCAI GENIUS THE BRAINS OF THE OPERATION” is an intriguing new musical collective that includes 17 enriching tracks. The new album pays testament to the artist’s uniqueness, empowering vocals, dynamic musical styles, and a range of subject matter that he touches upon seamlessly throughout his album.

An all-rounder when it comes to experimenting with different genres, Lordzamel’s new release has a little bit for everyone, with a soul-stirring Gospel single, “Christ Love” taking the artist back to his roots in the genre.

The eclectic artist remains motivated to become R.A.A.P. (RIGHTEOUS AND ALWAYS PLATINUM)- synonymous to the name of his music label. Lordzamel’s inspiration comes from exciting music with an edge, but recently he has been inspired by his own craft.

Lordzamel’s soulful and enthralling tracks take listeners through a moving voyage, narrating the struggles, trials, and tribulations that he had to face valiantly in life. Striving and fighting in the face of troubles, Lordzamel emerged victorious. His musical compositions beautifully and sonically emulate the many emotions that he faced in life, in a very raw, passionate, and intense manner.

Guided by a goal to drop new music every month, Lordzamel hopes that every single and every album that he creates goes platinum, achieving his life goal and dream. His plan for the future is also to open a restaurant for food restricted people so they “can eat good food with less salt and sugar but with a good taste”.

“Listeners always love my music because I reinvent myself with each project so you’re going to get a little bit of everything for sure,” says Lordzamel regarding his music.

Stream, download and buy Lordzamel’s new music and check out his Instagram or hit up the artist’s fan number for updates on new releases. For interviews, reviews, and/or collaborations, reach out through the artist’s email.

Lordzamel was born in Brooklyn and lived most of his life in Brooklyn and Harlem. His parents were musicians, and therefore, the artist was always surrounded by music growing up. Lordzamel’s mother sang for a famous group back in the sixties, called Lady Pearl. During his school years, the artist lost track of his passion but knew in his heart that his calling beckoned.

At eighteen, the artist got signed by a famous record label, and he still has those riches yet to receive from the label.

In 2017 he released his EP titled, ‘Black King, Financial Freedom Project’, showcasing astounding tunes like “Free spirits is you for me” and “Jesus died for me,” among many others. Lordzamel plans to reprise some in the near future as well. Inspired by the likes of icons such as Jay Z, The Notorious BIG, Nas, Papoose, Young Jezzy, Rick Ross, Kanye West, 50 Cent, Beyonce, and many others, Lordzamel is crafting his own name in the industry.