Hip_Hop Hall of Fame: Foxy Brown Yes or No?? 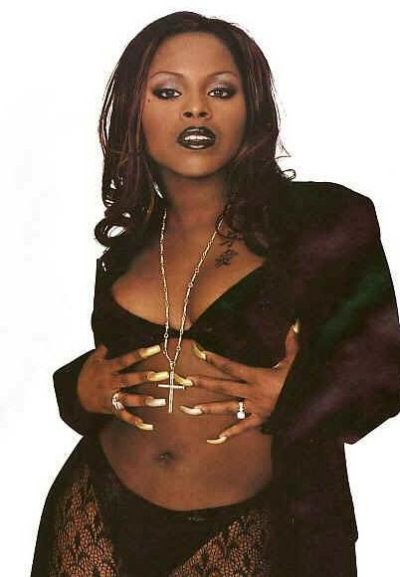 Inga Marchand aka Foxy Brown exploded on the scene on LL Cool J's classic posse joint I Shot Ya. From there she blazed remixes of "Touch Me Tease Me" by Case, "You're Makin Me High" by T. Braxton.
Her duet w/ fellow Brooklynite Jay-Z spawned a classic single in "Ain't No N*gga". all at the age of 16.

While on hiatus, Fox joined the modern day (at the time) supergroup the Firm consisting of Nas, AZ, Cormega. The Firm album was number 1 on the Billboard 200 and is certified platinum at this point.

Fox followed up w/ her 1999 release, Chyna Doll, which is certified platinum.

After numerous well-publicized run-ins with the law, Foxy released Broken Silence in 2001, with lead single BK Anthem. This album displayed more of a Carribean influence
After debuting @ #5 on Billboard 200 it went on to become certified gold.

Her most recent independent effort, Brooklyn's Don Diva was released this May.

Impact
Foxy Brown introduced a flamboyance and braggadocious style in her lyrics and fashion that was never before seen from a female MC. Combine that with the raunchiness in her lyrics that prior to her was considered "un-ladylike".


Foxy Brown's emergence on the scene spawned a complete change in female lyrics and image across the industry. Foxy had many imitators and admirers. As female artists of the late 80's early 90's looked up to MC Lyte, Roxanne Shante, and Queen Latifah, today's artists looked at Foxy Brown for inspiration to carry the torch.

Based on the facts, does Foxy Brown make the Hip-Hop Hall of Fame?? Discuss.

Replies to This Discussion

Permalink Reply by Mumbo Sauce on October 16, 2008 at 9:44pm
Post Your Comments HereIn the Forum