BATON ROUGE'S RACKED UP READY PUTS THE FEAR OF GOD IN THE UNTRILL ON "IT'S REAL" - PROD. XFLYE 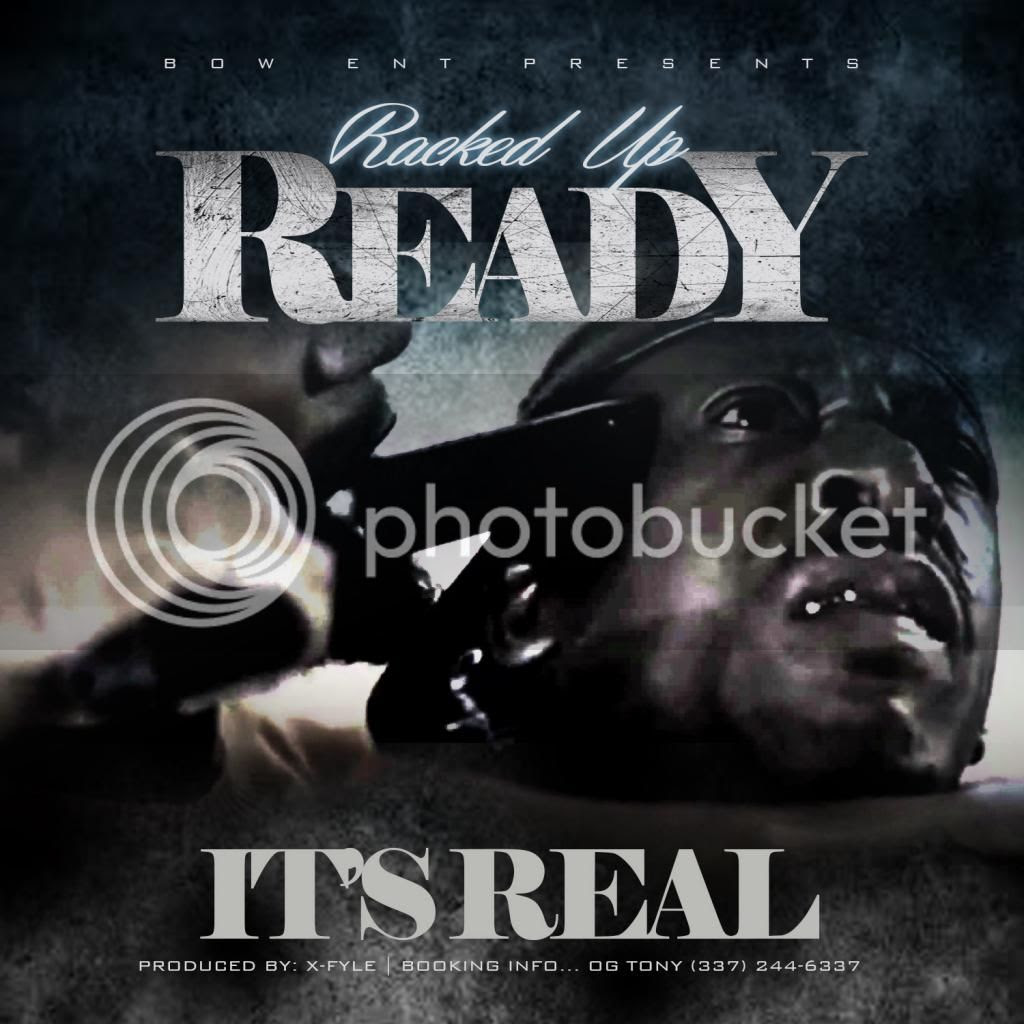 Baton Rouge, LA ~ If you have ever been in traffic near a train track and realized the light is about to turn red leaving you dangerously close to the lowering crossing gate, you will relate to the feeling your first listen to Racked Up Ready's single "It's Real" will leave you with. Ready's gravelly voice and dark delivery over an incongruently bouncy XFlye track will leave you sure you just narrowly escaped with your life somehow."It's Real" is Ready's latest offering off his follow up to 2013's "Street Laws" which has enjoyed almost 200K hits on Livemixtapes since it's August release. "Street Laws Reloaded" drops June 2nd.

A few years ago, Ready was arrested for two counts of murder and facing life in prison but due to the lack of evidence during the trails, the Louisiana prosecutors were forced to drop both the mur- der charges. After those murder chargers were dropped though Racked Up Ready ended up back in jail serving two years for charges unre- lated to the murders.

After his release from jail, Racked Up Ready knew that the streets wanted to hear his story. With a notorious reputation in Baton Rouge and being inspired by Louisiana rappers such as Soulja Slim, C-Murder, Mac and C-Loc, Racked Up Ready started rapping about the reality of the streets and the streets were listening. Ready’s mix tape “Street Laws” was hosted by Trap-A- Holics and Frank White, with features from Kevin Gates, Yo Gotti, Gucci Mane, Doe B, Mouse On Tha Track, Turk, Zed Zilla, C-Murder, Mista Cain, Savage & more. Within its first few weeks , “Street Laws” had more than a 100,000 views on livemixtapes.com.

Racked Up Ready is currently finishing up his “Not Gonna Let You Slide” tour with dates in Louisiana and Mississippi which will be capped off by his Baton Rouge release event.

"It's Real" on Soundcloud: https://soundcloud.com/racked-up-ready/its-real