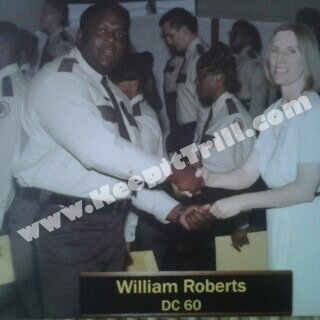 Leaking photos doesn't even sound like something that Trick would do - He's probably one of the most outspoken rappers in hip-hop history so I really don't believe he would stoop to those tactics to try to put Rick Ross down like that. In the article below published by allhiphop.com he clears his name and distances himself from those rumors.


After weeks of speculation, Trick Daddy has responded to the insinuations that he is responsible for the leaked photos depicting fellow Miami rapper Rick Ross as a correctional officer.

Prompted by accusations made earlier this week, the “Mayor of Miami” decried the release of the photos and his association to the incident as an attempt to create division within his city’s thriving Hip-Hop community.

“We don’t deal with rap beef down here,” Trick told AllHipHop.com. “That’s not in our character. That’s not something we do. We’re the only city that ever gets compared to other people’s entire states. Whoever put my name in this is really attacking all of us.”

During a recent interview with Rick Ross circulating on the internet, an interviewer inquired about an alleged rift between the former Slip-n-Slide label mates.

During the clip, Ross is “informed” by the interviewer that “Trick Daddy accused [him] of working as a prison guard at one point.“

Despite having seen Ross’s heated response to the question, Trick maintains that there is no bad blood between the frequent collaborators, who spoke as recently as this week.

“I told Ross he needs to have better people around him,” Trick Daddy told AllHipHop.com. “He needs better publicists, so that he can avoid even being asked those type of funny questions. I been in this game for thirteen years, and anybody who’s ever listened to my music knows Trick Daddy is very smart. I know when somebody’s trying to use me and pull me into some s**t. But the people doing this need to understand what their words can do too. When you start talking about beef, and creating [situations] between people from the same hood, you gotta realize that that beef s**t can end with one man in jail and another man gone.”

The topic of Rick Ross’s past career has drawn responses from everyone from rappers Fabolous, Maino and The Clipse, to the real “Freeway” Ricky Ross, with many wondering what effect his denial would have on his career.

While Trick would not directly confirm any knowledge of the Def Jam rapper’s employment as a law enforcement officer, he did address the controversy.

“So what if he [was],” Trick asked. “That just means he avoided something a lot of us in the hood haven’t, including me. I’m not proud of being an ex-con. Now that means I always got one foot in and one foot on a banana peel. I’m not proud of the things I did to land in that position.”

Comment by GROOVE da Budweiser King on July 30, 2008 at 8:16am
I mean I think i'm rollin with trick daddy on this one. I mean the pics are funny but it's all entertainment and everyone got skeletons