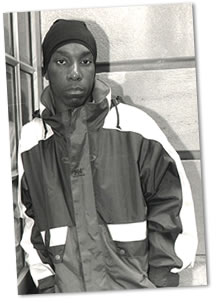 Is Big L on your ballot for the Hip-Hop Hall of Fame?

One of the early proponents of the Horror-core style of hip-hop.

Many say if his life didn't end tragically, he would've gone on to make history.
Some say his lyrical ability was superior and heads and shoulders above the rest at the time.

Replies to This Discussion

Permalink Reply by Mumbo Sauce on October 15, 2008 at 4:35pm
Make sure you back up your thoughts with a reason. Many hip-hop fans ride for a particular artist because everyone else does.

Some categories to consider:

Relevance today after his passing

Permalink Reply by mobey_dillz on October 19, 2008 at 5:54pm
I would definitly say yes but he never had the chance to blow like he would have.
He was Harlem before mase and camron. Thats definitly what comes to my mind
when I think bout Big L "HARLEM"...

Permalink Reply by Bex on January 16, 2009 at 2:34pm
Yes yes yes. some debate that if L was still alive there prolly would be no jay-z. well j would be there but maybe the shine wouldnt be the same. I also heard or either read somewhere that he was gonna sign with rocafella before his untimely death but i guess those were rumors. mumbo sauce you hit it on the head.

Permalink Reply by Jaye Cartel on March 20, 2009 at 6:30am
HELL YEAH. BIG-UPS AND PAY MAAAAD HOMAGE TO BIG L HARLEM'S GREAT MC ONE OF EM AT LEAST PEOPLE HE WOULD BE HERE KILLING IT RIGHT NOW AND IM FROM TEXAS AND I WAS ON BIG L.

Permalink Reply by Mumbo Sauce on March 20, 2009 at 10:36am
We all agree that if he was here, he would be still killing the game - but based on his body of work does that make him Hall of Fame?

Permalink Reply by GROOVE da Budweiser King on June 11, 2009 at 12:32pm
That's kinda hard to say....it's like what they used to say about Len Bias being greater than Jordan but he died too early....do you put him in the hall of fame?...The same goes for Biggie...I mean them cats were extra tight but they went out early and didn't get the chance to rise or fall... I wouldn't put him in