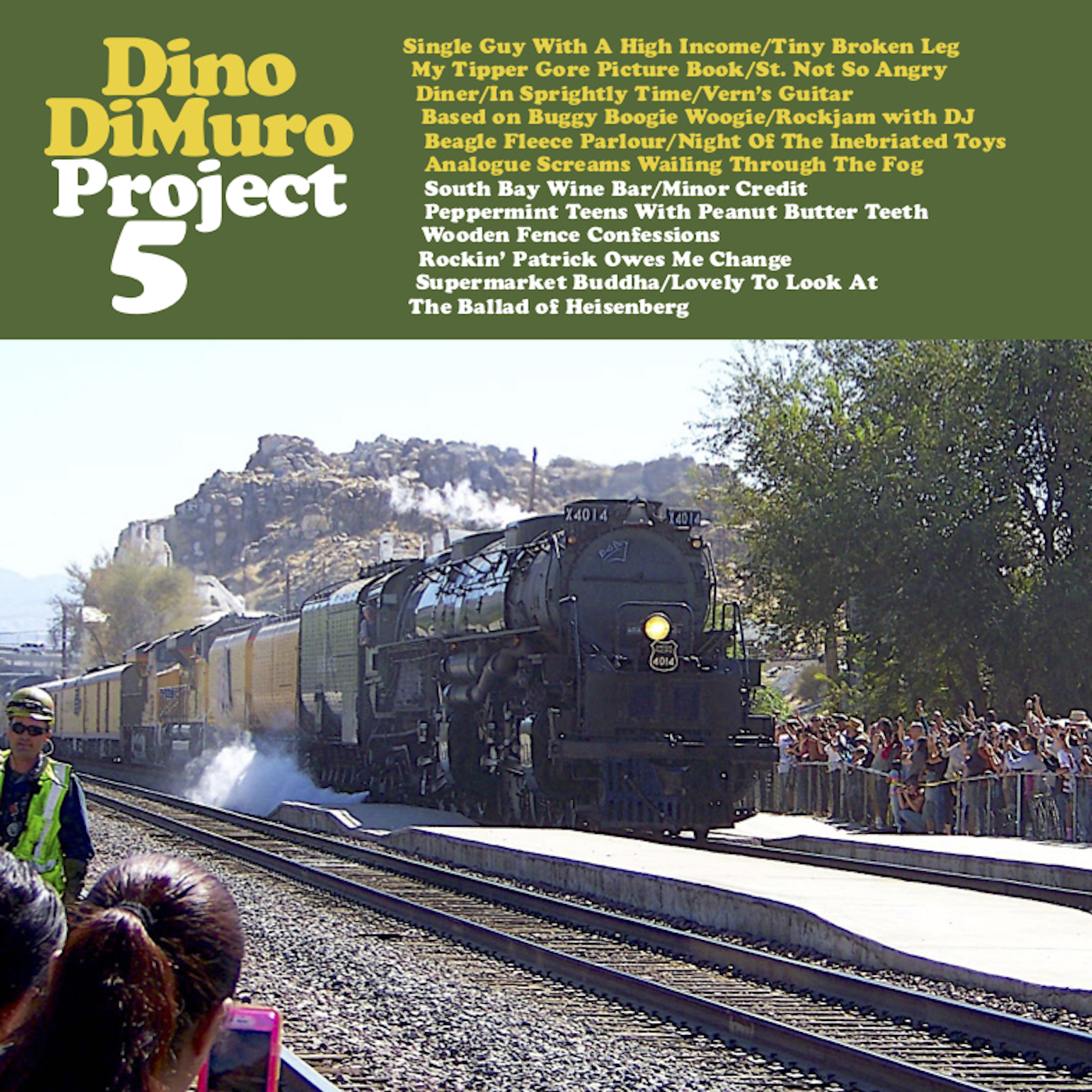 With the unapologetic indie and cartoony energy at the core of the album, Dino DiMuro enthrals fans of progressive rock music with his ingenuity.

Los Angeles, CA — Dino DiMuro is an independent musician and sound designer based in Los Angeles. His latest album is titled ‘Project 5’ and it was released in September 2021 to the masses on all streaming platforms. Dino DiMuro single-handedly wrote, played, recorded, and mixed the entirety of the album by himself , in the same bedroom studio he had used as a teen rocker who once opened for Van Halen.

Most listeners find his music to be humorous, fun, and challenging, usually in that particular order. Listeners appreciate the tightly edited sequences and the brevity of his songs. Dino’s abilities on the guitar remain unmatched, and he also masterfully incorporates other instruments in his discography such as the banjo, mandolin, the glockenspiel, and the lap steel. His music is unique in that it brings both a quasi-classical and bluegrass component to rock. There are also progressive rock and jazz influences, though most listeners point to Captain Beefheart, Frank Zappa, or They Might Be Giants as influences.

Dino DiMuro spent many years starting in the 1980’s in the global cassette underground, both selling and trading music cassettes. His rhythmic lyricism and upbeat instrumentals make his iteration of progressive rock perhaps the most infectious one out there. After switching to CDs, it has now become his goal to release one new album per year, and that each album builds on, yet is somehow different from, the album that preceded it.

Go to http://ddimuro.blogspot.com/ to find out more about the artist and his discography. Feel free to reach out via the email address provided to schedule any interviews.

Dino was born in Los Angeles just above the Hollywood Freeway. After a short-lived career as a rock guitarist (once opening for Van Halen), he became a motion picture sound effects editor in 1978. His awards include an Emmy, a British Academy Award, and several Golden Reels. Among his films are HOME ALONE and other Hughes films; many features by Ridley Scott, Cameron Crowe, and Oliver Stone; the Bourne Series; Revenant; and the James Bond thriller SKYFALL, which won the Oscar for Best Sound Effects Editing (though Dino didn’t get a statue). Among Dino’s final projects before retirement was the sound design for the Netflix series NARCOS.

Dino released a series of cassette and CD albums in the 80’s and 90’s, at the same time he was a music reviewer for Option magazine. He has been profiled or reviewed in Keyboard, Alternative Press, and BAM, among other publications and blogs. He is now releasing at least two CD’s a year.

Dino’s music has been described as “Walt Disney on Acid” and is most often compared to Frank Zappa and Captain Beefheart. He also shows classical, rock, country and folk influences. He has been investigating the inclusion of quirky, unexpected cover tunes like the organ theme from “The Ghost and Mr. Chicken” or the Mexicali “Ballad of Heisenberg”.

Dino still lives in Hollywood with his wife Sharon and two out of five children.