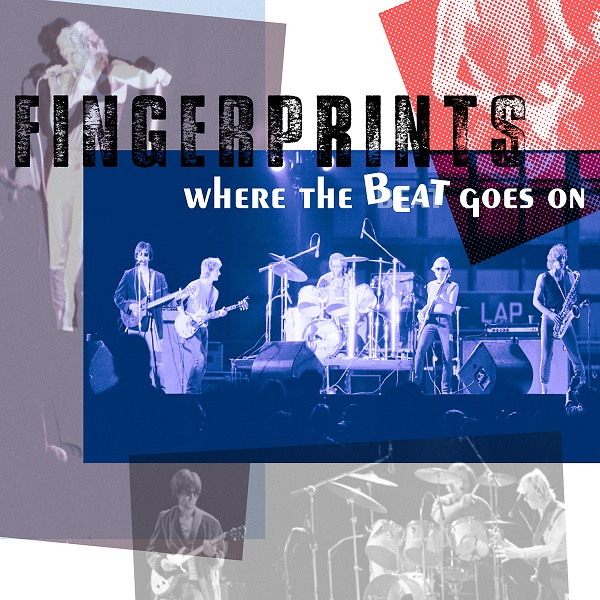 Producer/Engineer Michael Owens delves deep into the music that redefined the Minneapolis music scene in the 70s with his game-changing release on Blackberry Way Records: The Long Lost Twin/Tone album FINGERPRINTS “Where The Beat Goes On”

Minneapolis, Minnesota — Fingerprints was formed in the mid-1970s, with the original lineup including Mark Throne on vocals and saxophone, Robb Henry and Michael Owens on guitars and vocals, Steve Fjelstad on bass and Kevin Glynn on drums and percussion. Jeff Waryan replaced Robb in 1979. The band has shocked audiences worldwide by announcing the release of their latest album. The album, titled ‘Where the Beat Goes On’, comprises songs from 1977-1979  that were never released to the public previously.

Being an important part of the Minneapolis music and culture scene in the late 1970’s, the band takes a historic revisit to the vibrant ethos of the raging 70s. The band was among the first three bands signed by Twin/Tone Records in 1978. The late Tim Carr, A&R at Warner Brothers, called Mike’s song Wasted On You, the best single song on the first three simultaneously released Twin/Tone EP’s. Rave reviews followed internationally in Trouser Press, New York Rocker, New Musical Express UK, Minneapolis Tribune and many more.

Fans are particularly thrilled to experience more of the band’s infectious rhythm, which drove the band like a freight train. With virtuosic guitar playing and spectacles galore in every performance, the latest album is a vintage feast for the ears that is definitely well worth the wait. With rock being at the core of their entire repertoire, Fingerprints enthralls in every performance, ensuring that the masses get to revisit the golden age of American ...

With the recovery of their ‘lost’ tracks, Fingerprints finally gives the fans what they have wanted for decades, and they hope that this isn’t the last they hear from the band in the near future. It is without a doubt that ‘Where the Beat Goes On’ will be remembered as a historic comeback by a beloved band whose history is deeply intertwined with the history of American music.

Go to https://blackberrywayrecords.com/album/2011919/where-the-beat-goes-on to find out more about the band and to buy their music. Follow them on social media and feel free to reach out to the band for interviews via the email provided.

Formed in the mid-1970s, Fingerprints is a band that quickly rose to fame and became deeply intertwined within the tapestry of American music and culture. Fingerprints also reformed in 2019 to perform three sold out shows at The Parkway Theater in MPLS in support of the documentary “Jay’s Longhorn” about the infamous bar that in the late 1970’s was the Minneapolis counter point to New York’s CBGB’s. In addition to several vintage tracks by Fingerprints that were included in the documentary, the band got together and recorded “14 South 5th Street Blues” a song Owens composed about The Longhorn that closes out the documentary as the credits roll. Special guests on the track included Minneapolis stalwarts Curtiss A and The Suicide Commandos Chris Osgood. The track was included as a bonus track on Owens record “The Right Kind Of Crazy” The documentary is currently competing in film festivals internationally. The Queen City Film Festival in Cumberland, Maryland awarded the film “Best Music in a Feature Film”.

I really loved Fingerprints. They were such an under-appreciated band. They had a rockin’ feel. Their live shows were incredible with the lead singer doing backflips during the show. David Pirner-Soul Asylum

Mark Throne’s “Now I Wanna Be A Space Girl” is some kind of intraterrestrial hemophilia. Mike Owens contributes “I’m Wasted On You” a fevered look into the edge of time.  New York Rocker