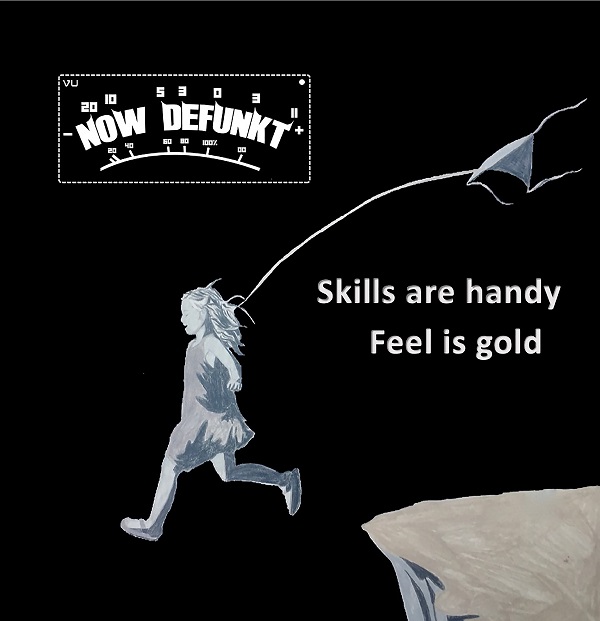 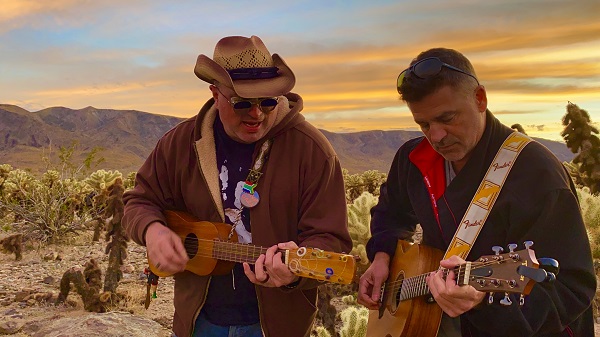 Built on family, compassion and community in a trying time, Now Defunkt releases their new album

At the beginning of the pandemic, three friends — Scott Macklin, Steve McMahon and James Hunter — put together a song with the expectation that they would release the track and return to their normal lives. Months later, the trio, with the help of their equally talented children and some friends, are releasing a full album titled “Skills Are Handy, Feel is Gold” under the name Now Defunkt.

Macklin described how their group came together, explaining how their one project and a camping trip to the Joshua Tree where their daughters filmed the music video for the track, led them to exchange more ideas and fully realize what is now known as Now Defunkt. “My daughter Nikko and I, James and his daughter Amaris, and Steve and his daughter Anastasia all went out to the Joshua Tree to film this music video for a song called “Death Valley, Scotty”. As we sat around the campfire, we started coming up with ideas for other songs. My friend, Steve kept nagging, ‘Hey, we should do more.’ And I figured, ‘Hey, I’ve already checked ‘write and record a song’ off my bucket list. I’m good.’ But the COVID situation gave us the opportunity to really sit down and think, and from our own places of geographic isolation, we collaboratively created the next two songs, three songs, seven songs, then we said we should put out an album!”

With such a varied group of contributors, the sound of Now Defunkt is always evolving. Often, though they define with the Rock and Alternative genres, there are hints of Funk, Folk, Motown, Choral music and more throughout their album. “One of the interesting comments that we heard while working with a choir in Venezuela, the choir director said, ‘Your music is like listening to Led Zeppelin if Tim Burton was scoring a film. Your music is really cinematic.’ Our music is cinematic in the sense of trying to create stories. But there’s energy to it. There’s a mind to our music.”

The group’s album, “Skills Are Handy, Feel is Gold”, is a collection of songs, each with its own interesting and deeply motivated background. “One of my favorites is “Old Enough,” a song that my son Case Macklin wrote. He’s 22 years old,” Macklin explained. “It’s an introspective song looking back at growing up and being told, ‘Are you old enough? You’re not old enough.’ Now that he feels that he’s old enough, he’s questioning it and it has this sort of Motown-feel good sound and he’s actually rapping on the song with a friend, Nick Edney. They’ve been friends I think since they were seven years old. So it’s like two friends doing a song together, and there’s another friend by the name of Kya Barnes who sings the background vocals in the track, who just brings a flavor to it. And then there’s this really interesting trumpet part that weaves through the song, and then Steve puts in some pretty tasty Blues guitar.”

Some of the other songs include “Teachers,” written by Nikko Macklin, which is both a tribute to the amazing teachers who have been so fundamental in her life as well as a call-out to some of the more negative parts of the school system. Anastasia McMahon also contributed “Creeping Cthulhu,” which discusses the intricacies of relationships and the negative impacts of gas lighting. Macklin described this song as having a Joy Division feel to it. The recent protests and uprisings framed the song “Big Water” asking the question, ‘what does one do with their privilege in face of systemic racism and oppression.’  There are also songs such as “The Ballad of Billy Sunday and Madam May” and “Death Valley Scotty,” which have a more historical feel to them, creating fictional stories to describe interesting and somewhat unknown historical figures.

Currently, the group is working on putting out music videos and other media for the tracks in “Skills Are Handy, Feel is Gold”, all of which are being created by members of the Now Defunkt family. They are also working on making their music as accessible as possible so that the greatest number of people has access to the work they are doing. Now Defunkt hopes to continue putting out new projects and creating as much as they can in the near future.

Now Defunkt plans a virtual release happening for October 20, 2020. Check out the music and social media platforms of Now Defunkt with the links below.