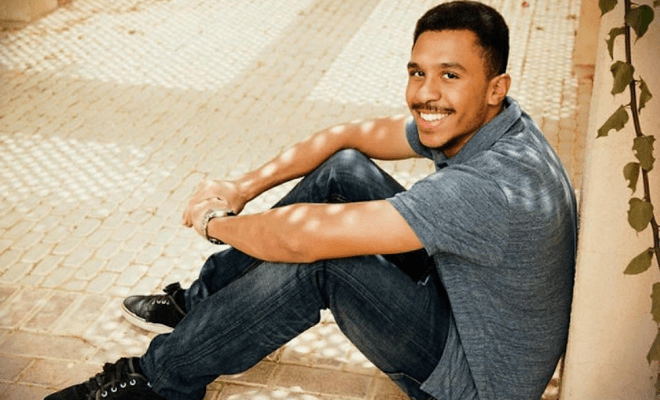 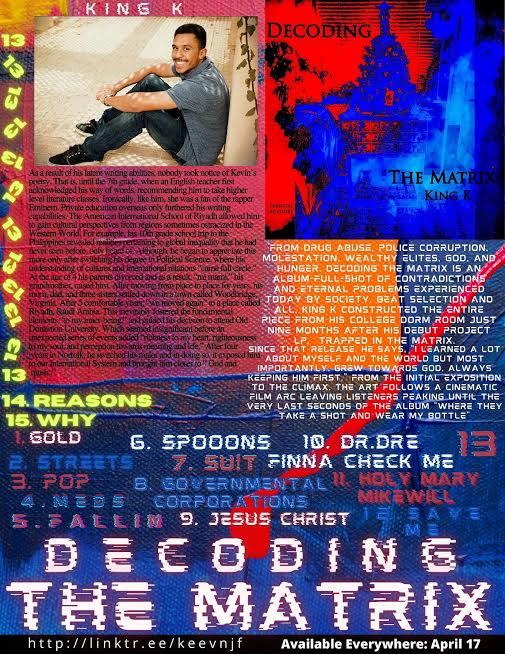 As a result of his latent writing abilities, nobody took notice of Kevin’s poetry. That is, until the 7th grade, when an English teacher first acknowledged his way of words, recommending him to take higher level literature classes. Ironically, she was a fan of the rapper Eminem too. Private education overseas only furthered his writing capabilities. The American International School of Riyadh allowed him to gain cultural perspectives from regions sometimes ostracized in the Western World. For example, his 10th grade school trip to the Philippines revealed realities pertaining to global inequality that he had never seen before, only heard of. Although, he began to appreciate this more only after switching his degree to Political Science, where his understanding of cultures and international relations “came full circle.”

At the age of 4 his parents divorced and as a result, “mi mami,” his grandmother, raised him. After moving from place to place for years, his mom, dad, and three sisters settled down in a town called Woodbridge, Virginia. After 5 comfortable years, “we moved again” to a place called Riyadh, Saudi Arabia. This inevitably fostered the fundamental elements “to my inner-being,” and guided his decision to attend Old Dominion University. Which seemed insignificant before an unexpected series of events added “richness to my heart, righteousness to my soul, and perception towards meaning and life.” After four years in Norfolk, he switched his major and in doing so, it exposed him to our International System and brought him closer to “God and music.”

The Album (Decoding The Matrix):

From drug abuse, police corruption, molestation, wealthy elites, God, and hunger, Decoding The Matrix is an album-full-shot of contradictions and eternal problems experienced today by society. Beat selection and all, King K constructed the entire piece from his college dorm room just nine months after his debut project LP, Trapped in the Matrix (2020). Though, he began the writing process late 2019. Since Trapped in the Matrix, he says, “I learned a lot about myself and the world but most importantly, grew towards God, always keeping him first.” From the initial exposition to the climax, the art follows a cinematic film arc leaving listeners peaking until the very last seconds of the album “where they take a shot and wear my bottle.”