[EXCLUSIVE] Q And A With The Youngest In Charge Star Bad Gal Angie A.K.A. Angelica 1. Where did this all start? Tell us about your journey in the entertainment business.

My journey into the entertainment business begin at 11 months old when I began modeling for Neiman Marcus. I started taking horse riding lessons at the age of two and became an accomplished equestrian rider. I have earned more than 50 ribbons in my career. At the age of six I joined the church choir at my school, I always knew I had a passion for singing but this really opened up my eyes. In third grade I switch to a performing arts grammar school, I was giving countless solo roles in all the productions and that’s when I realized I wanted to pursue this as a career. When I was 11 years old I began going to the recording studio, and then shortly after released my first single “Rich Girl Mentality”. Three weeks later I was called to Atlantic Records. Since then my journey has not stopped! I’ve gone on to working with some of the biggest stars in the music industry. I’ve opened up for Aretha Franklin in Detroit for her retirement concert. I’ve gone on Tour with names such as T Grizzley, Fetty Wap, and 6ix9ine. I’ve worked on movies with people such as Ice T. And I performed at one of DJ Funk Flex‘s Venues. I’ve opened for NYFW at Time Square, and Sony Hall, NYC. And I recently just performed my 30th show.


2. What would be your biggest piece of advice for the young kids out there trying to do what you do?

My biggest piece of advice for the youth would be to keep your head up high, don’t listen to the haters, and always believe in yourself. Set a goal and do not let anyone get in the way of you reaching it. Dreams do you come true. 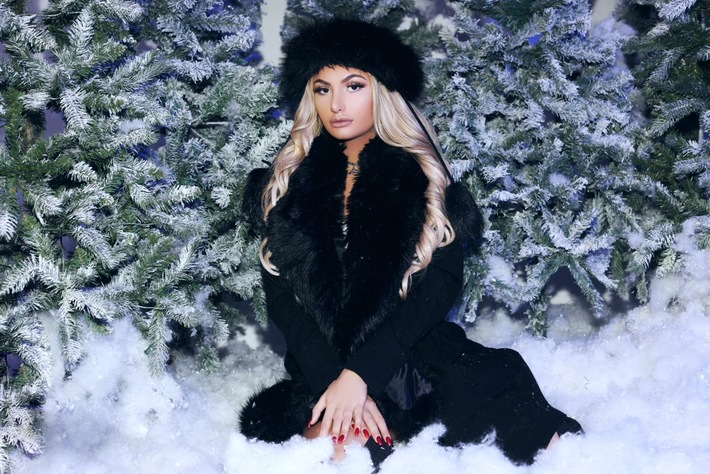 3. Where do you see yourself a year from today?

I see myself in a year from today, to keep going forth in the Music Industry. Playing larger venues, touring the world, and having my music charting on the billboards and to continue creating music and sharing it with the world.


4. Who and what were your biggest inspirations? Who do you look up to in the industry?

There are many artists I look up to and admire in the music industry, ones with different styles and ones that make music of different genres. The person who I look up to the most would have to be Rihanna, since I was very young I’ve always listened to her songs. I have admired her style, creativity, and most of all her sound. I respect how generous she is, and how often she gives back to the world.