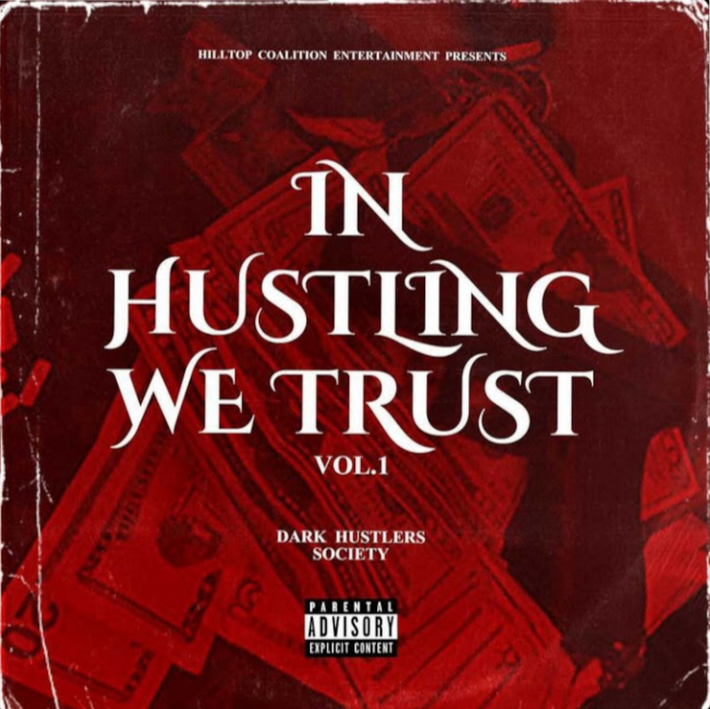 D.H.S is putting Philly on the map with a hot new EP titled “In Hustling We Trust Vol. 1” (Hosted By Jadakiss) dropping this month!! The new EP features the hit single "Hilltop Stylez" ft. Jadakiss & QBall.

Mr. Mossberg Banga out of West Philadelphia is an entrepreneur and the founder and owner of the record label Hilltop Coalition Entertainment. Determined to put out good music as a solo artist he also took the initiative to keep his close friends/family alongside him along the way.

Mr. Banga has been one fourth of the group Dark Hustlaz Society for the past decade and a half. The group composed of Mr. Banga, L Crock, Loc, Sam G, and the late J Curtis who was called home from his savior 7 years ago. Ever the multi-taskers, DHS (Dark Hustlaz Society) is on a mission to affect change to bring the sound back to the hilltop the mecca of Philadelphia hip-hop where it started.

Artists like Steady B, Cool C, DJ Tap Money, man Called Lux, E Marbles and JoJo, Da Youngstas, and many more The Great LG the Teacher has inspired. Gold and Platinum hits consistently is a destination DHS will have to keep alive with the help The Great LG the Teacher son Quaraan Goodman (QBALL). Look out for “In Hustling We Trust Vol. 1” (Hosted By Jadakiss) dropping real soon!!