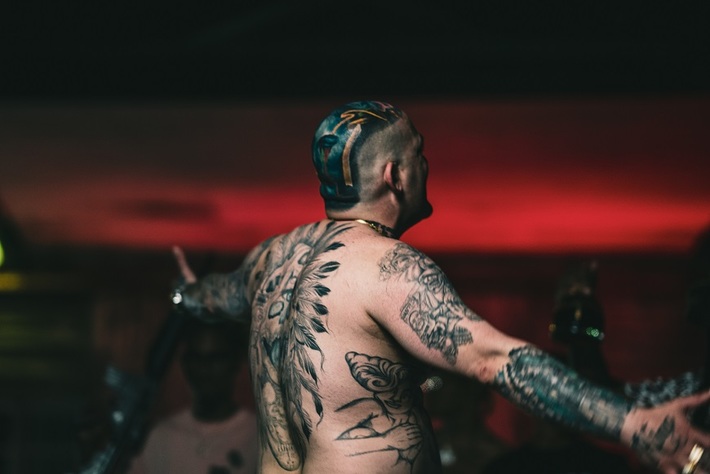 Adjnamedroach, born Bryan Andrew Dunn, is an artist you need to get familiar with. Adjnamedroach, also known as Roach, is one of the most promising artist's from the South. He makes real music for those who have experienced the struggle and overcame it to become successful.
The artist released his hit single “WTF You Want", which gained 100k+ views on YouTube. Following the success of his last release, Adjnamedroach dropped a pair of projects titled “I AM WHO I AM” and “No Pen, No Pad Tingz", which accumulated more than 2 million streams on Spotify.
Adjnamedroach makes music based on what he lives, which seperates his from most artists nowadays. Having had prior run-ins with the law, Roach was named as a person of interest in an investigation regarding a North Carolina drug ring. The artist was arrested by US Marshals in South Florida, in June, 2020. He was extradited after 14 days to North Carolina and immediately posted a $250,000 bond.
When Roach was just 18, he received a 10 year prison sentence. However, that did not stop him. He passed the time by honing his lyricism, finding his sound, and rapping with fellow inmates. Determined to make a name for himself, Adjnamedroach pursued his passion for music and quickly became one of the hottest rappers from the South.
Following his release from prison, he dropped his debut EP, “AEPByRoach”, and soon after aligned himself with the legendary Atlanta DJ Scream for the release of his sophomore EP titled “Don’t Come For Me”. He has continued to establish himself as a globally recognized artists working with some of the industry's biggest artists and producers. From a life of pain, he seeks to gain success, and make his life and others even better.
Look out for Adjnamedroach's "Never Go Back" dropping this month, which features hit singles with major artists Trick Daddy & Turk from the Hot Boys. Make sure you follow Adjnamedroach to get music updates.
Connect:
@Adjnamedroach