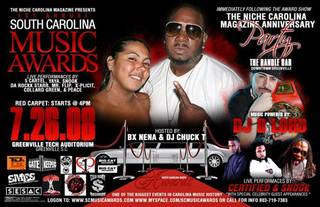 There was so much going on and so little sleep that it actually felt like a week. I can truly say I enjoyed every minute of it. The IPTV crew was energized by this trip and I think seeing their energy helped me gain a new focus and appreciation for the Indie Planet movement. When you're so deeply involved in a project, sometimes its hard to step outside the box and see the big picture.

Whenever I attend an event, I view it as work, meaning I have a reason for being there. It just so happens that it is WORK that I LOVE to do, so it normally turns out very productive.

I'm always working on new and more effective ways to network, do interviews, take photos, get drops, its almost down to a science.

The great thing about this event was that other members of the team were out in full force and if you know ANYTHING about the Indie Planet team/staff, you know we like to get out and meet people and have a great time.

I was really impressed by the way we (as a team) got out and stayed working, and continously promoted Indie Planet.

I'm always observing how other photographers and camera crews work an event, but when we're out in full force, its truly a sight to behold.

Our host, GROOVE is truly the "life of the party" lol and P.A.T. aka PG Konfidential had a separate camcorder and was all over the place meeting people. The footage that he gathered was very entertaining, he needs his OWN show (I would watch it lol)

Indie Planet definitely is on its way to developing a solid presence in South Carolina. We have at least 3 events coming up in the next two months and we'll definitely be in the building.

Comment by GROOVE da Budweiser King on July 30, 2008 at 8:22am
Yeah i'm lookin forward to gettin back home (SC) for real....Wasn't nothing but love down there...Big shout out to the Niche girls...them girls is cute as hell and very down to earth...Had a ball talkin trash and clownin with them...

Comment by mr.shadeed on August 1, 2008 at 9:29am
I predict that our site will have more members from South Carolina than any other state on the map. We (the team) did a really good job covering the SC Music Awards weekend.
We did a LOT of good interviews AND we have at least two definite events and three possibles (sounds like Spades lol) in terms of events we NEED to be at in the South Carolina area.

Comment by GROOVE da Budweiser King on August 1, 2008 at 9:53am
That's what's really good. Especially around the area where I grew up...As soon as you get me some dates, i can plan accordingly