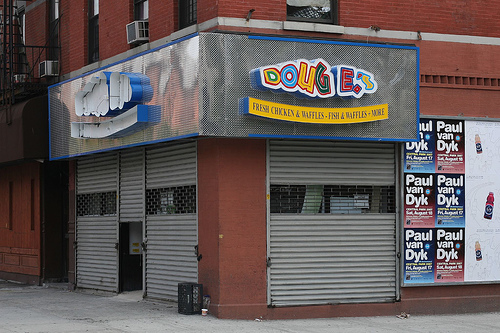 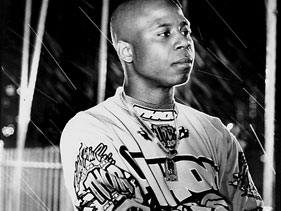 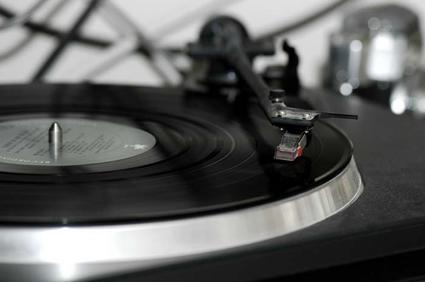 Everyone accepts the fact that music makes an excellent accompaniment to cooking and dining, but I look at this phenomenon from a slightly different perspective. Over the years it transpires that just about all of us, editors and writers alike, enjoy cooking (and eating), but rather than let the music take a back seat, I’ve decided to place the music front and center and let the food accompany the music. After all, what can be more pleasant than listening to great music (meaning really paying attention to it) while preparing an excellent meal? Is there any reason why you can’t do both? We often do, and we think you might like to also. So lets explore the world of old school Hip Hop.

Time, particularly leisure time, is at a premium in our busy lives. And although some regard Hip Hop music as a solemn ritual to be experienced in what amounts to virtual sensory depravation (aside from hearing, of course), we don’t see why two pleasurable activities can’t be combined to excellent effect. So this artical gives us a chance to have a little fun, maybe even be a bit silly from time to time, but more importantly to show how naturally and enjoyably the Hip Hop music can be integrated into today’s frantic lifestyles.


Today on the wax turn tables are Dougie Fresh.


The first human beatbox in the rap world, and still the best of all time, Doug E. Fresh amazed audiences with his note-perfect imitations of drum machines, effects, and often large samples of hip-hop classics. Fresh was born Doug E. Davis in Barbados, and his first appearance came in 1983 on a single for Spotlight called "Pass the Budda," with Spoonie Gee and DJ Spivey. His introduction to most hip-hop fans, though, came one year later with his astonishing performance in Beat Street behind the Treacherous Three. His first solo features also came in 1984, with "Just Having Fun," waxed for Enjoy, and "Original Human Beatbox" for Vinentertainment.

By 1985, Fresh was one of the biggest names in rap music, and his first single for Reality, "The Show/La Di Da Di," became a hip-hop classic. It was recorded with his Get Fresh Crew, including MC Ricky D (only later to gain fame as Slick Rick), along with Barry Bee and Chill Will. His first LP, 1987's Oh, My God!, featured most of his showpieces, like "Play This Only at Night" and "All the Way to Heaven," along with nods to reggae and even gospel. His second album, 1988's The World's Greatest Entertainer, broke into the Billboard charts thanks to another hot single, "Keep Risin' to the Top," but Slick Rick had already broken from the pack and his LP of the same year, The Great Adventures of Slick Rick, did much better than Doug E. Fresh. Fresh took a break and wasn't able to regain momentum with 1992's Doin' What I Gotta Do, released through MC Hammer's Bust It label. He did reunite on a Slick Rick LP, and recorded again in 1995 for Gee Street. In 2007 Fresh opened up a restaurant called Doug E's Fresh Chicken and Waffles in Harlem, New York, it is located on the corner of 132nd Street right next to the now defunct Well’s and Harlem Grill. Be sure to pour out a little syrup in their memory. EARLY 2008 Fresh went on tour with The impressive lineup of old-school rappers featuring Doug. E Fresh ("The Show," "La-Di-Da-Di," , MC Lyte ("Paper Thin," "Ruffneck"), Big Daddy Kane ("Raw," "I Get the Job Done," and Whodini ("Five Minutes of Funk," "Haunted House of Funk"). then follow ed that up with a show featuring Fresh and Mc Lyte, at the Louisville Garden last month as you see the old school carries on.


Now on the menu Fresh Fried Chicken and Waffles.

Dip a chicken piece in the milk mixture; let excess drip off into bowl. Put a few chicken pieces in the food storage bag and shake lightly to coat thoroughly. Remove to a plate and repeat with remaining chicken pieces.

Heat oil to 350°. Fry chicken, a few pieces at a time, for about 10 minutes on each side, or until golden brown and cooked through. Chicken breasts will take a little less time than other pieces. Pierce with a fork to see if juices run clear to check for doneness. With a slotted spoon, move to paper towels to drain; sprinkle with salt.

Sift flour,measure. Add baking powder,salt, and sugar. Sift together. In another bowl mix liquid ingredients and combine them with the dry ingredients. Mix just enough to blend.

This is the only recipe my family enjoys