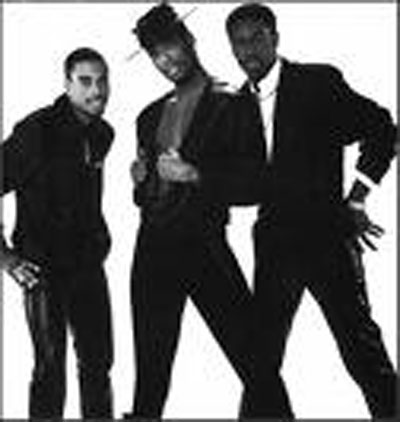 The legendary group WHODINI prepares the stage to celebrate 25 years of “Funky Beats” and their tremendous contributions to HIP HOP music.
- When you think of old school hip-hop you immediately think of music that made you move to synthesized beats with a contagious hook. In 1982 WHODINI, pronounced like the famed magician Harry Houdini, stepped on the scene with their first single, Magic’s Wand, an intro song dedicated to Mr. Magic the first DJ in New York to play hip hop on the airwaves. It was a magical experience that produced a pioneer hip hop group that would go on to become legends and create a world wide fan base.
In October 2007, WHODINI was an honoree at the 4th annual Vh1 Hip Hop Honors, the group was acknowledged for its enormous contribution to the history and development of hip-hop music. More than twenty years later WHODINI has become sample sources for recording artist like Kid Rock, Snoop Dogg, MF Doom, Dre Dre, Wil Smith, San Quinn, Scarface, Tu Pac, Bone Thugs’ N Harmony, Alana Davis, Lil Jon while their music has appeared on movie soundtracks like Cursed, Old School Next Friday, Blood Diamond, El Cantante, Scooby-Doo, BAPS, Trick or Treat, Drumline, The Wood, and The Jewel of the Nile.
Without further to-do on February 11, 2008 another mark will be carved in stone celebrating the 25th anniversary and magical creation of WHODINI. When we asked the group what do you want to say to the world for making WHODINI a legend they replied? “We would like to thank our fans, radio, retail, DJ’s, VJ’s, promoters, print media, fellow hip hop artist, friends and family for their continuous support over the years. Our biggest honor is seeing our fans continuously come out to see us perform and party with WHODINI week after week. Our goal is to give the fans a wholesome show filled with energy and ONE LOVE”.
As we look back on their Magic Carpet Ride of gold and platinum hits including “Big Mouth”, "The Haunted House of Funk", "Freaks Come Out At Night", "Friends", "One Love", "Funky Beat", and “Five minutes of Funk”. WHODINI members Jalil “The Master Rapper” Hutchins, John “Ecstasy” Fletcher and Grandmaster Dee (DJ) created a formula of positive lyrical content enjoyable for all ages and accompanied with never before heard beats. They continually set the trend far above the rest and made it challenging for artist to touch there unimpeachable rhyme structure and smooth flowing breathing techniques served on a bed of beats. There is no doubt WHODINI’S style had captivated an era in music.
We cordially invite hip hop lovers around the world to join the celebration February 11, 2008. Call in to your local radio station and request your favorite WHODINI song. Dig deep in your music collection, pull out your favorite WHODINI songs, lace your CD changer, and ride out reminiscing on the good times and the movement of hip hop legends, WHODINI. Tune in to your local dial to catch WHODINI coming to a city near you this summer during their upcoming Anniversary Tour that will be making stops in Tennessee, Florida, Mississippi, South Carolina, Virginia, and the Caribbean. WHODINI will be captivating their audiences with more Funky Beats, flawless rhymes and showering their fans with “One Love”.