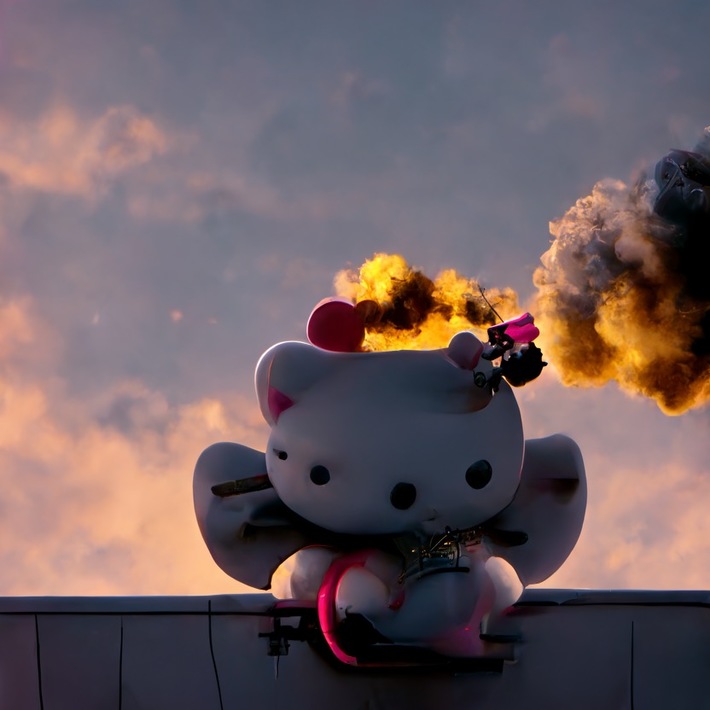 “Nikki” is the latest release by up and coming Arizona recording artist Bayymack, with production by kashmovere. Released on August 1st, this powerful hyperpop inspired track provides a sound that manages to expand the sonic palette that Bayymack has been subtly introducing to his discography most recently.… Continue 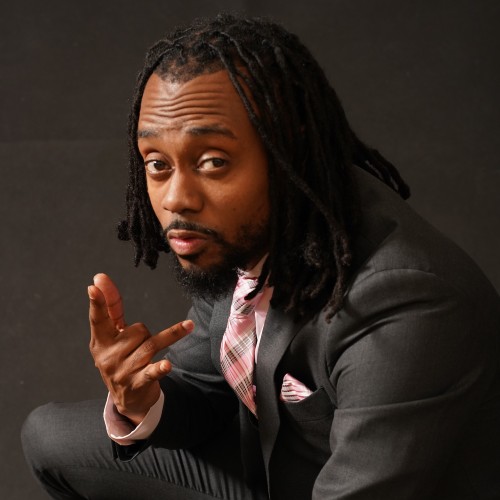 Cleveland, Ohio has a reputation for raising young rappers who can effortlessly translate stories of street life into catchy, melodic rap songs. The most famous of these artists was the legendary group Bone Thugs-N-Harmony. Rapper Mookie Motonio is the latest Ohio creative to grab our attention. What sets him apart from his peers is the natural bounce that… Continue 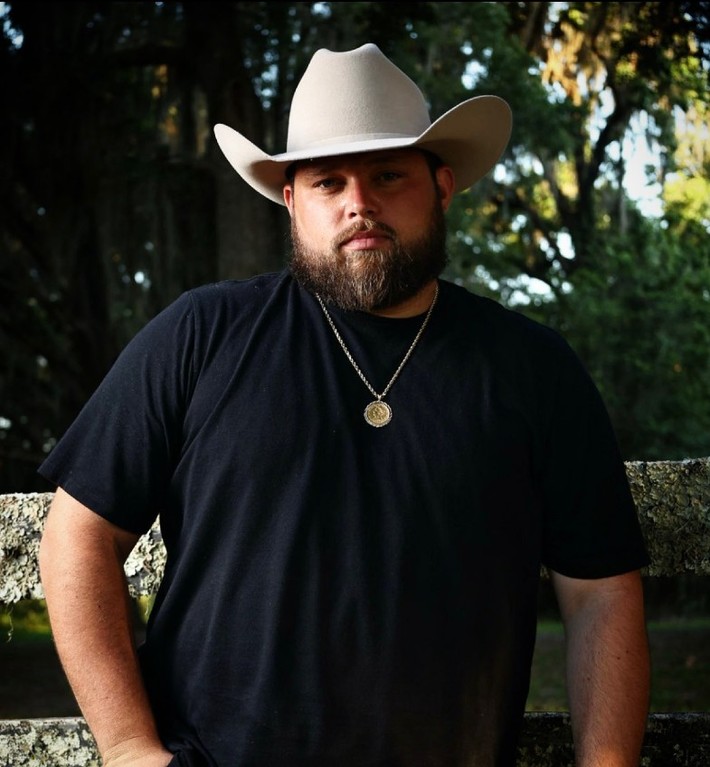 True talent can’t be purchased or manufactured because it comes from above. Ocala, Florida bred Nashville recording artist Kendall Tucker is a musical powerhouse. He elegantly unites the in depth story telling of Country music with the innovative sounds of today's Hip Hop and the cutting edge energy of Rock music. Recording artists are in the unique position… Continue 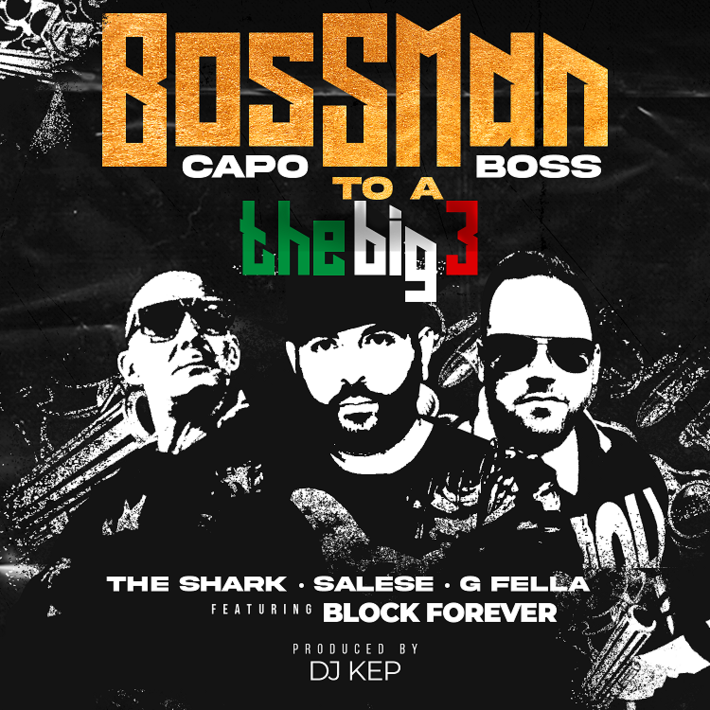 SALESE, G FELLA, and THE SHARK team up for “BOSSMAN” (Capo To A Boss) Featuring BLOCK FOREVER. 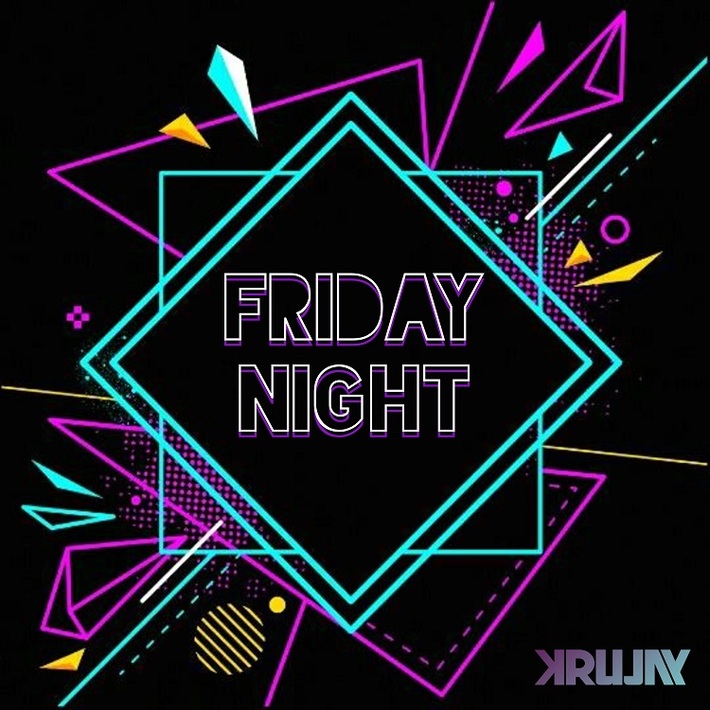 Freshly released on July 25 worldwide, Duly Noted Entertainment presents “Friday Night” performed by no other than buzzing and charismatic rapper Krujay. Another catchy record from the Maryland artist as he continues to flash his skills and charismatic energy while releasing new music consistently and stamping his presence in the music… Continue

Krujay is back with a new tuneful record titled You + Me 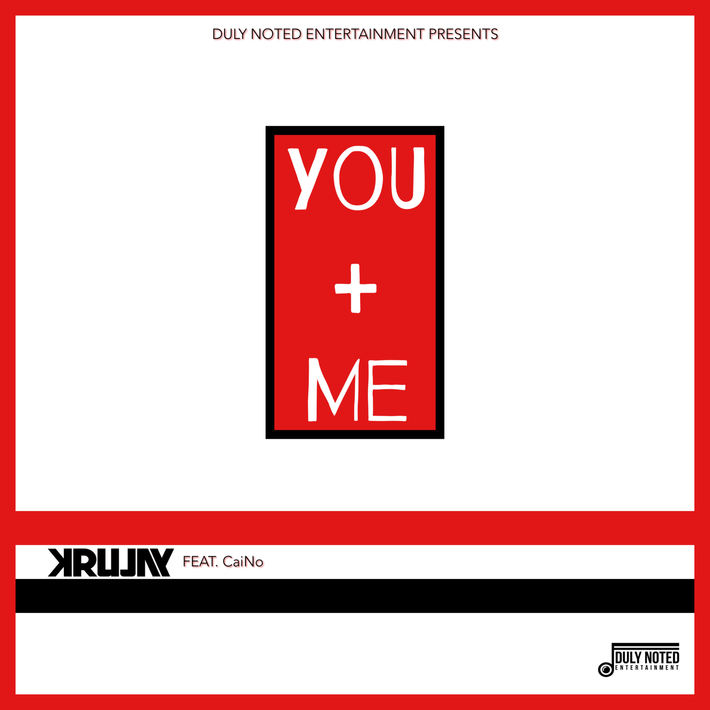 Krujay’s brilliance is in his intriguing ways of making and incorporating catchy tunes with words. He is a true emcee.


The aspiring and charismatic newcomer, originally from Winnipeg, Canada but now residing in Maryland, delivers his blazing new Hip-Hop track with “You + Me,” featuring CaiNo and released via indie label Duly Noted… Continue 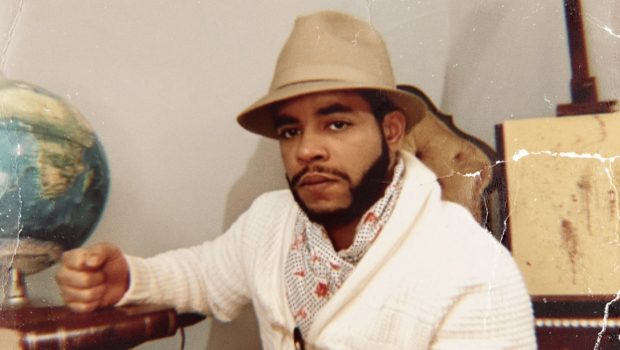 The last time Vaughn Davis graced us with a full length project was January 31st 2018. In an age of transitory attention-spans 4 years can be viewed as a risky hiatus for a relatively fresh face to the music scene. However, with his third album Wisdom Is Rich Vaughn completely erases any assumptions of losing a step by kicking down the door, while asserting… Continue 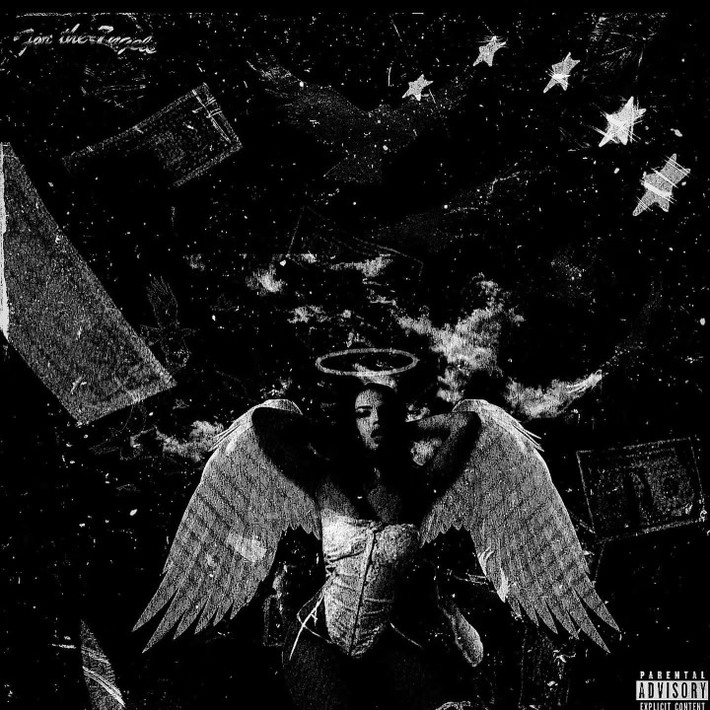 2JtheRichest just dropped his new hit, For the 7ngels. This song is a thank you letter to all his team members and friends, from the various shoutouts throughout the song to the very beat being made right in his house. This song represents the bond between him and his friends/team. A song of loyalty.… 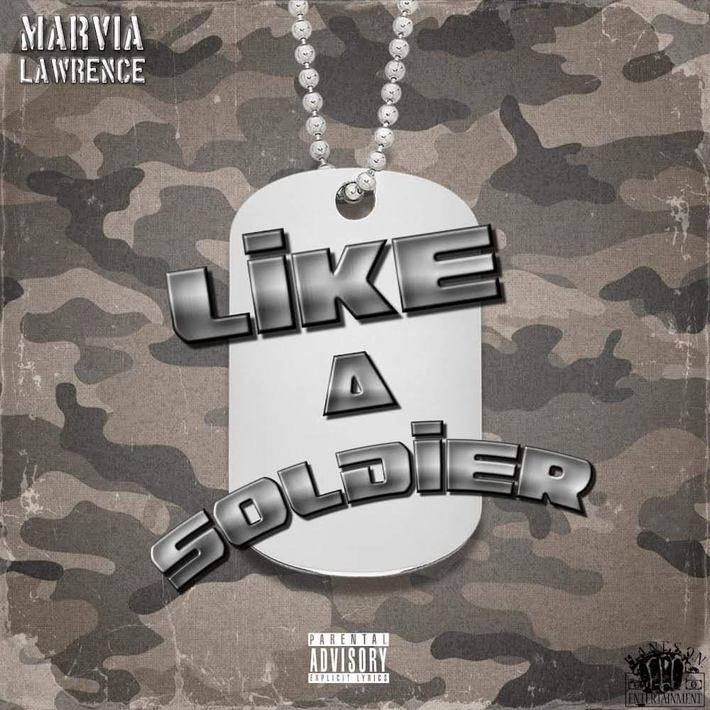 Hailing from Alton Illinois, Rapper and media personality Marvia Lawrence aka King of Da A (KODA) has plans on putting his name in the history books right next to other famous Alton natives like the legendary Jazz trumpeter Miles Davis. His music is best described as reality rap and his lyrical content can be compared to few well known artist like T.I.,… Continue 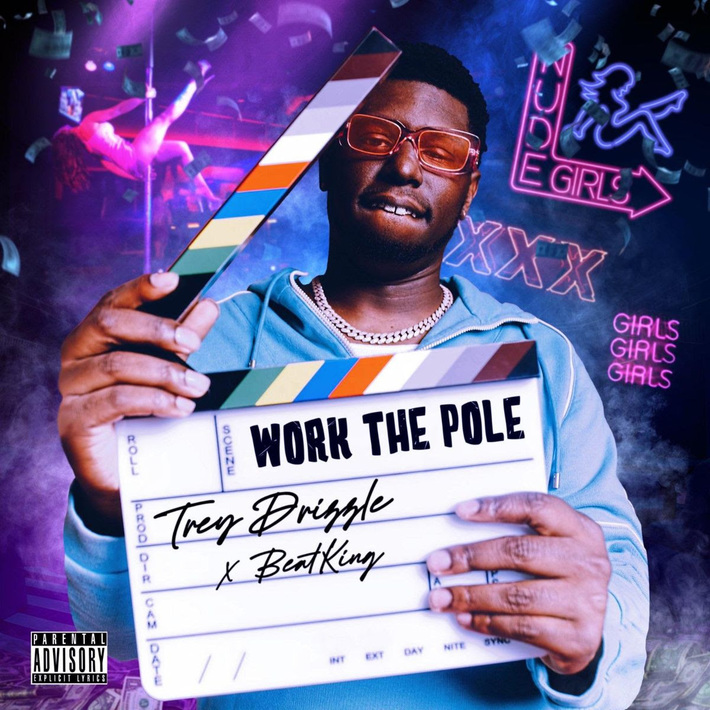 As the life of the party, the Tennessee-bred artist, Trey Dizzle, is making waves in the music industry heating up the streets with the new single, “Work The Pole”, featuring Texas hitmaker Beat King. From a south-side section of Memphis known as Walker Homes, the same place as Rapper, Moneybagg Yo, and where everybody knows everybody, Trey Dizzle is coming… Continue

Bezo Heats Up the Streets With "RARI" 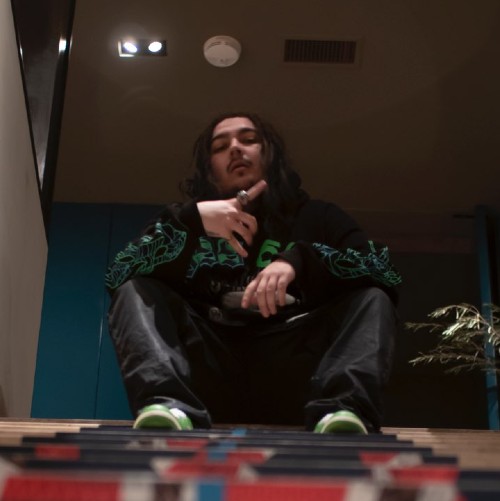 There seems to be a lot of talk within industry circles about music artist Bezo. The budding star continues to make great strides in the independent music scene and beyond. Eclectic, mesmerizing, and dynamic are the adjectives being used to describe the dynamic singer/songwriter. The California based Bezo has music running through his veins. He is wise beyond… Continue

Chicago Rapper Dolo Blues Is On the Rise

Dolo Blues is a young up & coming artist out of the chicago suburbs whose sound has the ability to cross over many genres , with catchy melodie’s and hooks that can always grab the listeners ear Dolo is definitely somebody you should keep a eye on…

Pretty Poison has been well known on the Boston and New England streets for several years. She's opened across the region for major artists like DMX, Redman, Method Man, Busta Rhymes, State Property: Beanie Sigel, Philly Freeway and many more.

Today Pretty Poison is re-branding herself as Amaryllis Belladonna, and is promising to go harder, and be more explosive than ever.

Beyond being an award-winning rapper shes also a record…

Chew Wants You To Look Through His Emerald Eyes… “Staring life in the face through these rose colored glasses is bittersweet . There are so many torn feelings & skewed ideas that come about to say the least.” Says Chew after just making an incredible body of work. “These Emerald Eyes have been guiding my soul & energy to countless new beginnings.” Explains Chew when asked about the… 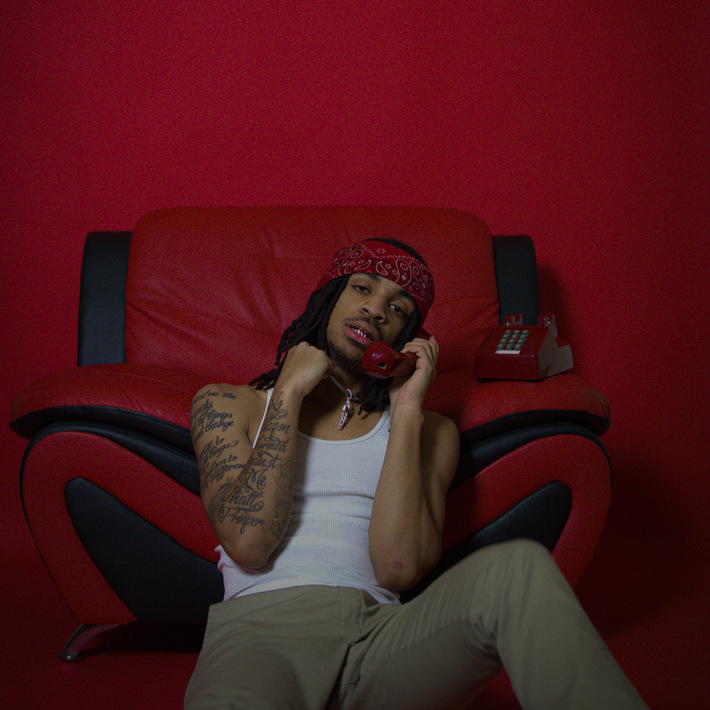 On the cover of his first studio album " Call Me. .", Rico Diamonds holds a phone without the cord to represent the disconnect between him and whoever he is desperately trying to reach.

He raps, "Pick up the phone, just call me. Be with it baby girl, don't stall me" in the song "F.Y.B" expressing the urge to reach the mystery…
Continue 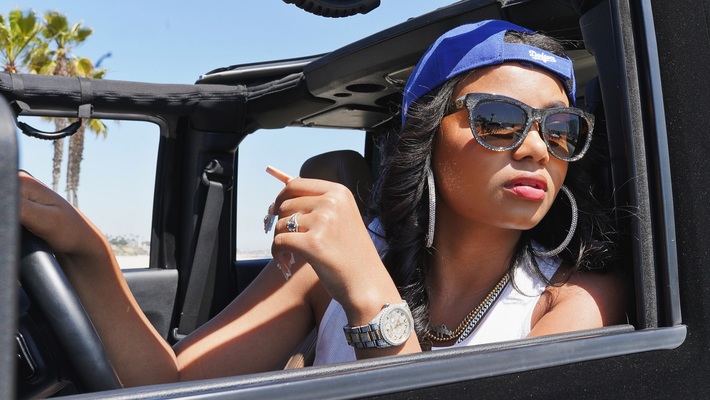 Multi-talented songwriter/lyricist Brooklyn Queen is back in the studio full swing for Summer '22! The Detroit native turns up the heat with "Big Talker", as she takes us on an energetic ride straight to California with a vision of blue Birkins and bluer skies! Dallas Texas Sack Baby and former Cash Money rapper, Fat Yunginn has finally released his long-awaited debut studio album, "$ack Season." Coming in at 11 tracks and featuring cameos from Atlantic's NoCap and Euro Gotit, $ack Season is an entire playlist of that "Ooh flow' vibe that launched the Pleasant Grove spitter on to the national… Continue Avokid’s energetic vibe of “Outta Pocket 2” and his startle approach to lyrics makes this song a must listen. His obvious eccentric approach to music is unparalleled and encourages unconventional thoughts.

Suave brings that ENERJE to the board room. Another major label deal gone wrong, but for the independent artist it's just another day in the music business. Authenticity always wins! Follow @suaveskimusic on all social media platforms and visit suaveski.com for more music/videos/content…

Krujay Continues To Evolve as an Artist With His New Groovy Single, “Recipe”

While other artists struggle to diversify their sound, Krujay makes it look effortless with his latest single, “Recipe.”

Born in Winnipeg, Canada, Dane Kryger aka Krujay now resides in Columbia, Maryland where his music career continues to flourish. His path to becoming an artist was prophesied since birth, finding a love for music through his parents who often indulged in songs of the 80’s and 90’s. As he grew, Krujay gravitated to hip hop and RnB acts like Eminem, Wu-Tang, Biggie…