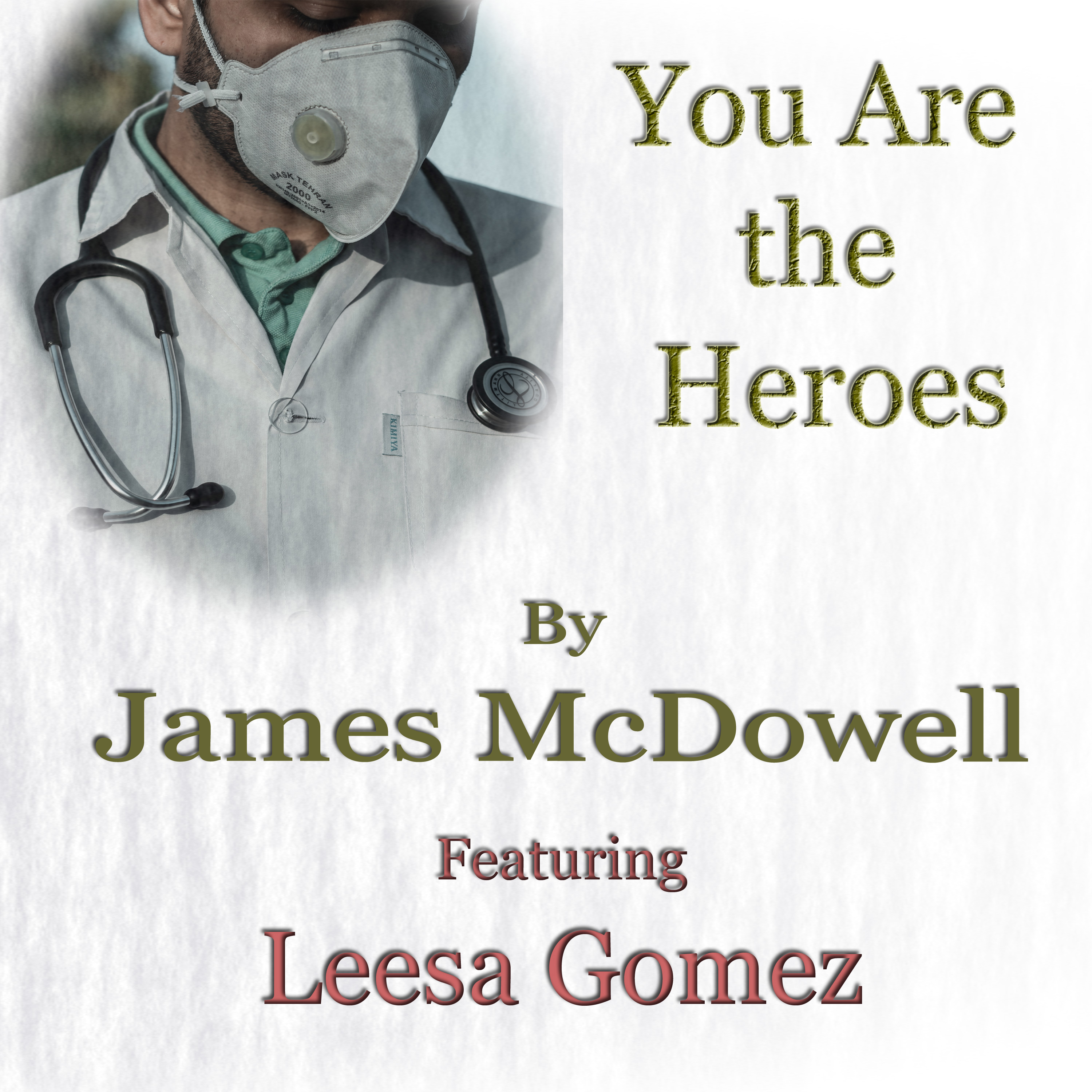 In collaboration with James McDowell, Leesa Gomez, Fernando and Uriah Moore, James McDowell unveils his most poignant release yet.

Baltimore, MD — Hailing from the Maryland, James McDowell is a songwriter, and composer, who began his career writing gospel songs in 1982. On May 28th, 2020,  James McDowell unveiled what is perhaps his most poignant and thought provoking release yet. “You Are the Heroes” is a praise song for all the nurses, doctors, and first responders who have risked their lives to save people from the devastating COVID 19 pandemic. With masterful finesse James McDowell pens a touching tribute, which he felt compelled to write back when the pandemic first started in 2020.

Being an artist who loves to take inspiration from his surroundings, James McDowell was particularly moved by the devastating nature of the pandemic, and by the fact that there weren’t enough tributes for the true heroes at that time. The impact of his powerful single was unprecedented. James McDowell also wanted to create a compilation of inspiring messages to the frontline healthcare workers so he made a lyrics video and posted it on YouTube. The video was flooded with comments from YouTube users, showing the intense emotion it evoked. A user wrote “My heart is so full of hope and God’s spirit whenever I listen to this song”, while another wrote “Sending love to all the workers on the front line”.

In what was a breathtaking example of the power of music to bring communities together in the toughest of times, James McDowell’s single “You Are the Heroes” was poignant, pertinent, and touching. He hopes that the song played whatever role it could in uplifting the spirits of the true heroes of the pandemic.

Go to https://jamestunes.com/  to explore his music. For interviews, reviews and collaborations, feel free to reach out to the artist via email.

James McDowell is rapidly gaining popularity in Maryland and beyond as being an impressive composer, songwriter, and singer. After beginning his career writing gospel songs in 1982, James McDowell expanded his scope and started to create music stemming from various genres. In 2002, James McDowell lost his vision because of a genetic problem. Adding on to an already tough time for him, James tragically lost some close members of his family. All of this led to him transforming his writing material, and his songs transitioned into previously unfamiliar territories.

He says: “People are just trying to find something in life to give them comfort, joy, happiness, and hope. We need more positive messages in this world today! I want my music to promote a change for the better!”

James McDowell wrote and composed an inspiring and touching tribute to the frontline healthcare workers who put their lives on the line every single day. His latest song “You Are the Heroes” has been wholeheartedly accepted worldwide and continues to stir emotions in the public to this day.