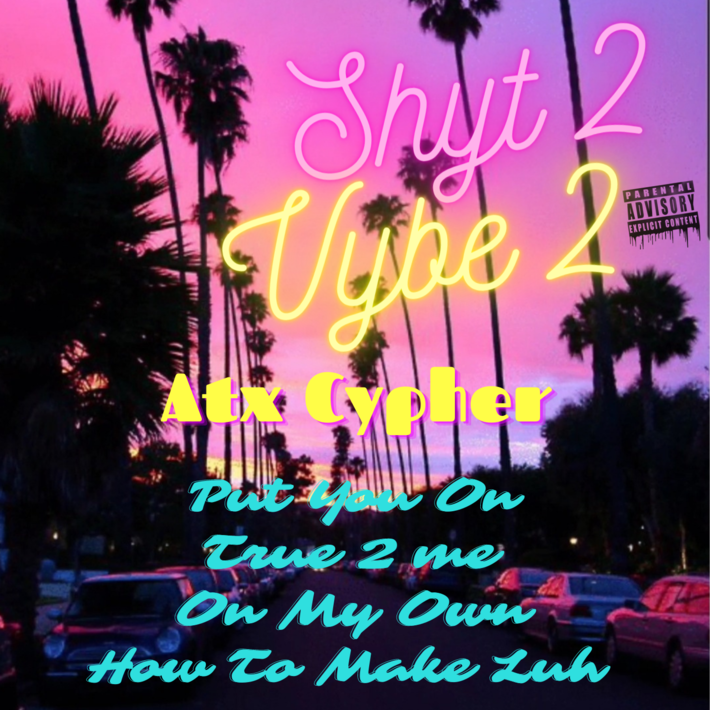 Paving a way for himself in the music industry, Buzzing Artist "ATX CYPHER" has laid down a solid foundation that proved he's more than just another 1 hit wonder & Will grow to be an industry favorite for years to come.
ATX Cypher Provides a refreshing, uplifting sound in the Hip Hop world today. He Strives with confidence in his ability to branch outside the box and create music in his own unique lyrical vision of Quality.
From Releasing countless hit records w/ Prominent Artists, to Curating an entire hip hop festival on his own for his city to then following up with one of the fastest growing commending Podcasts (You Gon Pass That!?) in Texas,. It's no secret to strangers, ATX Cypher continues evolving on his journey to continue gaining the attention from the mainstream through his immaculate work ethic & devotion to his craft.
Now after receiving glowing co-signs from established Artist, DJs, Tastemakers and also amassing an extraordinary hit, Cypher's Spunky lyrical Delivery over resonating production immediately standouts on his newly notable breakout single “Verticals”
Checkout the Premiere to his new “Verticals” music video below
ATX Cypher is primed to break through the hip-hop business with his latest project  "Shyt 2 Vybe 2"
Make sure to follow ATX Cypher at the links below to keep up to date with current & future releases.
YT - http://www.youtube.com/c/ATXCypher
FB - https://www.facebook.com/Cypher.ATX/
Spotify - https://open.spotify.com/artist/6F0DhBu2u06kVzv9byraeP?si=rTNW08zoT...
Insta - https://www.instagram.com/atx_cypher/