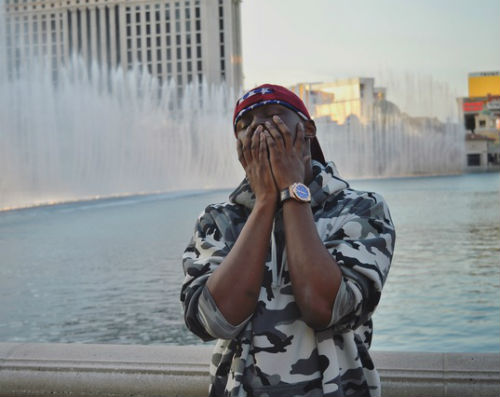 Los Angeles, California – Nelly Bando is only twenty-one, but has experienced more of the world than most. Born in Lagos, Nigeria to African parents, he moved to the United States at a young age where his music would take shape. At 16, he moved to the UK where he attended the University of Essex and found a knack for a new hobby: music. One summer, he trailed a producer friend into the studio and was instantly hooked. He spent weeks watching him make beats, “and finally one day it hit me to try something,” says the young artist. It was there that his first single, “Upgrade Season” was written. The reaction to Nelly’s music was instant and enthusiastic. “People went crazy, and that is when it occurred to me to do this thing (music) for real,” Nelly explains. That’s exactly what he’s done – bursting with motivation for his newfound passion, the artist is motivated by the energy he gets from his listeners. “I want to rock those stages,” he says, “I’m all about that rock star sh*t. I want to have the feeling that these guys, other artists, have when they’re on stage. They’re singing to twenty-thousand people and every single person is singing back to them. I want to experience that feeling, feed off the energy.”

Nelly is unlike most artists in the industry in that his music can’t be boxed in by one genre. “I’m not going to say I’m a rapper,” he confesses, “because it’s not rap. I don’t think there’s a genre for my sound. It’s the new school hip hop, pop. It’s a fusion of different genres.” What also sets him apart from the others in the hip hop scene is his motivation. Nelly is uninspired by money, which is unusual in an urban lifestyle that touts money and influence. “I’ve seen money. I’ve been around money. It’s more about the loyalty to fans. I’m in it for that.”

His latest EP, Upgrade Season, includes an “upgraded” (pun intended) version of the artist’s original single, “Upgrade Season,” which chronicles the experience of being neglected by one woman with bad intentions only to discover a new, better woman – “an upgrade.” Says Nelly, “I pulled up to the club with this other girl, and everyone was like ‘DAMN, that’s an upgrade.’” Since the inception of “Upgrade Season,” the artist’s music has only improved. “The move to Los Angeles helped me find my sound,” says Nelly.