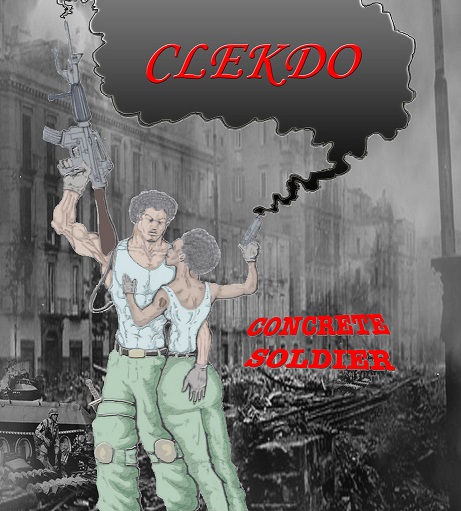 CLEKDO is a New York city native from the Bronxdale housing projects, currently named after the Supreme Court Justice Sotomayor. Hip hop was incubated in the mid 70s at public spaces like "The Big Park". A city block on Rosedale & Watson Ave, directly across the street from Bronxdale. This park hosted many of the first hip hop shows. CLEKDO was conceived by a Zulu Queen & stick up kid amidst this environment in 1980. Speaking from the 80s baby generations point of view, His 4th project, "CONCRETE SOLDIER" encompasses the perspective of a street scholar and urban survivor.

CLEKDO is an NAACP "ACT SO" alumni, graduating from Washington Irving HS. In 2000 and SUNY purchase in 2006. He has lived in all five boros, but brings the Bronx with him everywhere he goes, with love to the whole city. Most of the original production on "CONCRETE SOLDIER" is courtesy of the Beat Brewers, a production collective from park slope, Brooklyn. Keylo Scalez Casiano is another production hand in the project, coming from red hook, Brooklyn. Memo Jackson, PrimeMega and A trips make lyrical appearances on the project. Only two songs on "CONCRETE SOLDIER" contain features. Unlike his 3 previous efforts, there are no acapella verses, only sound byte skits. CLEKDO creates a narrative of concepts and lyrical pictures that allows him to stand alone on his pen and delivery.

"CONCRETE SOLDIER" holds up a mirror to the bizarre times we currently live in. This project is for any backpack, boombap, lyrical hip hop fan. CLEKDO is the dopest rapper you never heard!!!